RGS enjoys a new start to the hockey season.

Hockey activity at RGS came to a premature finish at the end of last year, with our Astro (along with everywhere else) covered with snow. The pitch, it would seem, proving to not be so “all-weather” after all.

Hockey pre-season has been in full swing since September, with our players taking to the pitch during Games sessions and after school training to sharpen up in preparation for the School Hockey season this term. As well as this, our older squads (Y9 and upwards) have had the opportunity to work with Miss Caesar in the gym helping them get faster, stronger and more resilient in their squads Athletic Development sessions.

Our Senior Teams have been working on their build up play and chance creation, looking to turn turnovers into goals and PC’s. Our Juniors have been building their principles of play, looking in particular at retaining possession and creating overloads off the ball.

It’s been great to welcome our new Year 7’s to the hockey pitch, who greatly impressed at the sports camp back in August. We currently have 40 boys in the Hockey games group on Friday afternoons, with other boys joining afterschool training as well. While their first pre-season friendly had to be cancelled due to the weather before Christmas, we look forward to the U12’s starting their RGS Hockey journey.

Fixtures began in earnest this term, with both local friendlies as well as an immediate launch into National cup competitions on the cards. The draw is below:

Our excellent team of hockey coaches amongst the staff here at school remains a real strength and this year the line up is as follows:

With a revamp of the England Hockey player pathway over the last year settling into some sort of consistency, it has been great to see RGS boys continue to be well represented at County level and above.

A large number of our boys across all age groups play representative hockey for Buckinghamshire and Oxfordshire and we are hugely proud to have had five boys from U15-U18 involved in nearby Talent Academies (which have replaced Performance Centres).

Isaac (Y12), Felix (Y10), Ziggy & Jonah (Y11) have all done hugely well in training with either Reading or Oxford Hawks academies and we look forward to seeing how they progress as the season goes on.

LJ (Y13) is in his second year of his DiSE programme with England Hockey and Loughborough and despite an injury setback late last year, continues to do a fantastic job and be an excellent ambassador of the school.

RGS Hockey players are lucky to have a number of quality Junior hockey clubs in the local area if they want to play more hockey outside of school.

We have a particularly strong link with Wycombe HC, and many of our boys make up RGS teams in the week before donning the blue and orange of Wycombe at the weekend. However, we also have many boys represent Marlow, Maidenhead and Amersham & Chalfont and all of these clubs have a strong tradition of developing junior players throughout club hockey of all levels.

If your son is interested in joining a hockey club outside of school, please feel free to have him talk to his hockey coach who would be happy to point him in the right direction.

I look forward to seeing you on the side of a hockey pitch soon.

A schedule of fixtures and training for the week ahead will be published in the News section every Friday during Hockey season. 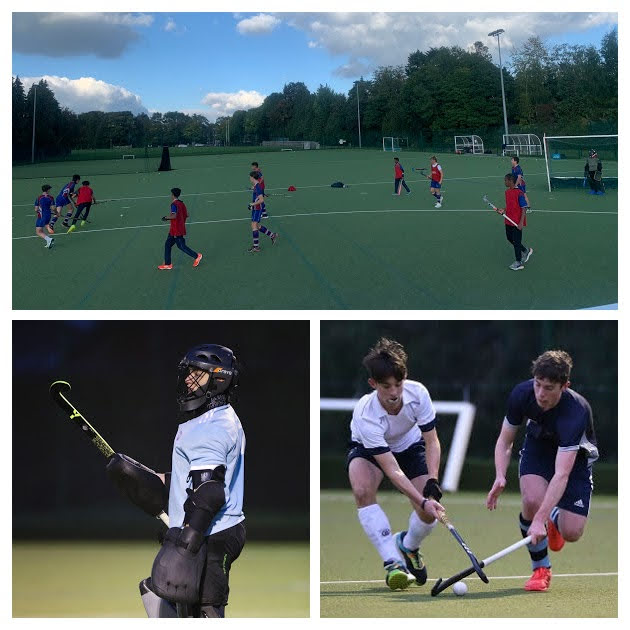