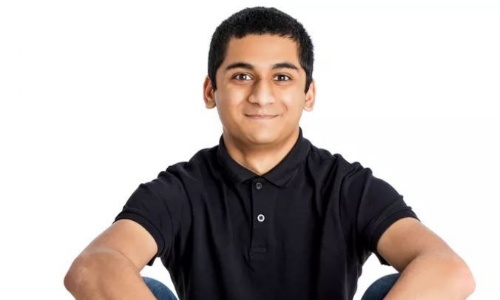 Philip Wayne, Headmaster said: "Shiv was a wonderful lad, kind, caring, humorous and very able. He had a place at Cambridge to study medicine. What a fine doctor he would have made."

Shiv, had recently turned 18 in the summer. He was in Spain with his friends to celebrate finishing his exams and looking forward to attending Claire College at Cambridge University to study Medicine this year. Whilst holidaying in Spain, he sadly died, Shiv had an allergic reaction and went into anaphylactic shock. His friends, medics and police tried to revive him, but it was not possible. Shiv has lived with a dairy allergy since he was a little boy.

Philip Wayne, Headmaster went to see his parents to give them a piece of Shiv's coursework framed; which they were delighted to receive. They gave him a copy of a very moving letter from the Senior Tutor from Clare College, Cambridge where Shiv had hoped to study and had, indeed, achieved the grades for.

We at RGS are very proud of Shiv, we shall always remember him.

I am writing to offer Clare College's deepest condolences. Shiv's school has let us know the tragic news of his death and, while we realise that words will be of little comfort, I wanted to express our admiration for him. We have today been informed of his truly excellent A Level grades, which would have confirmed his place at Cambridge. However, I wanted you to know that he was already at the very top of the list of those to whom we made offers. His interviewers gave him the highest scores of his cohort and commented, in particular, his clear, logical way of thinking, and his very strong reasoning ability. Having performed so brilliantly at interview, he had already made his mark in Cambridge and we are so sorry that we will not now get to know the wonderful and gifted young man that he so clearly was.

It is the custom at Clare that each new student is presented to the Master as they join College. We wanted you to know that we will still include Shiv in this list and will take that time to think of him and to mark his achievement.

Again, with most sincere condolences,