Her Majesty the Queen 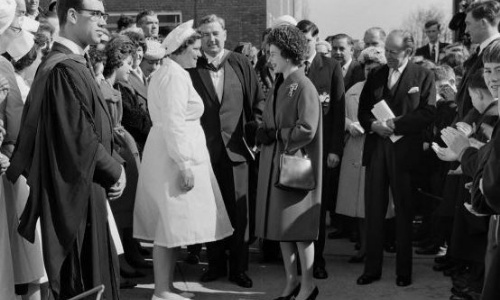 We are all saddened at the death of Her Majesty the Queen.

Sometimes, it’s hard to find the right words, so I do not hesitate in using the words of others.

Winston Churchill’s opening speech on the death of King George VI is one of the greatest openings of a speech that I know. I have edited slightly to be relevant to 2022.

‘When the death of the Queen was announced to us on Thursday afternoon, there struck a deep and solemn note in our lives which, as it resounded far and wide stilled the clatter and traffic of twenty-first century life in many lands and made countless millions of human beings pause and look around them.’

I cannot get out of my mind the photograph, published on Tuesday, of the late Queen’s meeting with the new Prime Minister. She was so frail and presumably a good deal more ill than any of us had realised. This 96 year-old lady, nevertheless, made it her business to get up, get dressed, have her make up put on, to wear her jewellery, to smile, to be interested and to do her duty.

Her reign was the epitome of love and service undertaken with a constancy, gentleness and humility rarely seen in public life.

The late Queen visited RGS sixty years ago on 6 April, 1962. On a day of blue skies and sunshine, Her Majesty spent half an hour at the School with most of her visit devoted to examining exhibits and experiments arranged for her benefit in the (then) new Science block. On her way out, the Queen unveiled a commemorative plaque in the undercroft beneath the Queen’s Hall, which became the main entrance to the School until 2000. 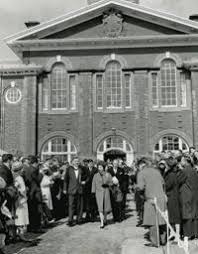