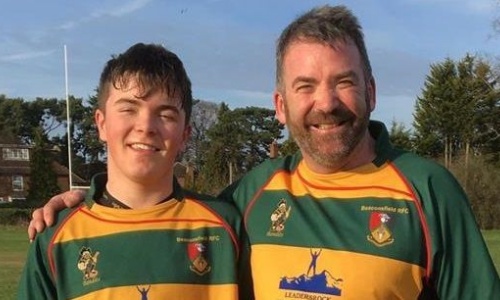 Finn O’Mahoney, an OW who left RGS last year, was due to go to Nottingham University, but instead he is facing a battle with cancer. Finn will be undergoing several months of significant treatment at the university hospital in Oxford which will tackle the cancer itself, before he undergoes a full knee replacement next year.

Finn represented RGS rugby throughout his time at the school and is a superb young man. His club, Beaconsfield RFC, have begun a campaign and RGSHW are looking to support where we can.

During our Games lessons (w/c 7th Dec), Year 8 to Y13 rugby squads will be running 5k and donating £5 (or however much you can) to Teenage Cancer Trust who are helping Finn win this battle. The run is optional and any student who doesn’t wish to participate will continue with their normal rugby Games lesson as planned.