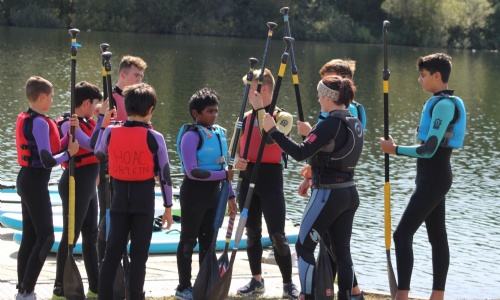 Recently we´ve visited the H.O.A.C. water centre. We took off in the morning and travelled to Hillingdon by the school minibuses. When we arrived at the H.O.A.C. The team took care of us straight away.

Recently we´ve visited the H.O.A.C. water centre. We took off in the morning and travelled to Hillingdon by the school minibuses. When we arrived at the H.O.A.C. The team took care of us straight away. We sat in a gazebo for a bit of time and received some basic information. After that, we were split into 3 groups. Part of us went into the caves and the others on a team-building obstacle course.

My group started in the caves where we were given helmets and headlamps. Fighting claustrophobia might be hard, especially if you´re thrown into a dark tunnel that only has one way out. And so we´ve tried to help the smallest with facing their fears and guided them through the tunnels. We went into the underground where we´ve first explored the tunnels and tried out different crawling techniques. After “warming up” we played a couple of games. At first, we just did a few timed races and almost beat the instructor. The racing was followed by a game of it. The best strategy was to hide and hope. Finally, we played a game of zombie. The darkness made it very real. All you could hear from distant tunnels were screams and wails and suddenly something grabbed your foot. Now you had to be a zombie as well looking for others who weren´t infected yet.

After the caving, our group went onto the obstacle course. In this, we had to cooperate with one another to get to another save point. This involved pulling ropes, holding hands, making human chains, lifting each other up or organising our selves on a swing-like platform. We´ve had a lot of fun with this as some of the parts took us multiple attempts and were challenging for all of us. After all the obstacle wasn´t done until all the team members were on the same platform.

Getting across the entire course we were allowed to have a quick lunch, which we´ve brought from the boarding. Now we had to change into the swimsuits as paddle boarding was upcoming. Thankfully it was nice weather and so we weren´t too cold after putting on the wet-cold suits. In fact, the dressing up somewhat an obstacle course on its own and demanded whole team cooperation again as it can be quite challenging to get your limbs into the sleeves and zipping up the suits.

Finally, we were ready to take off. We placed the paddleboards on a pier and were pushed in by the instructor. When we all got on the water we had some time to get used to controlling the board and how to get back on it. This was crucial. The water wasn´t too cold but it was very wet! After a while, our group went for a little cruise on the lake and had a little battle between the boards. After drinking about half of the lake we did some more team stuff like getting as many people possible standing on one board or running over a few of them in a row.

The whole trip was a great success and I think everyone has enjoyed it. We got closer as a group and worked on working together and overcoming hard situations and various challenges. 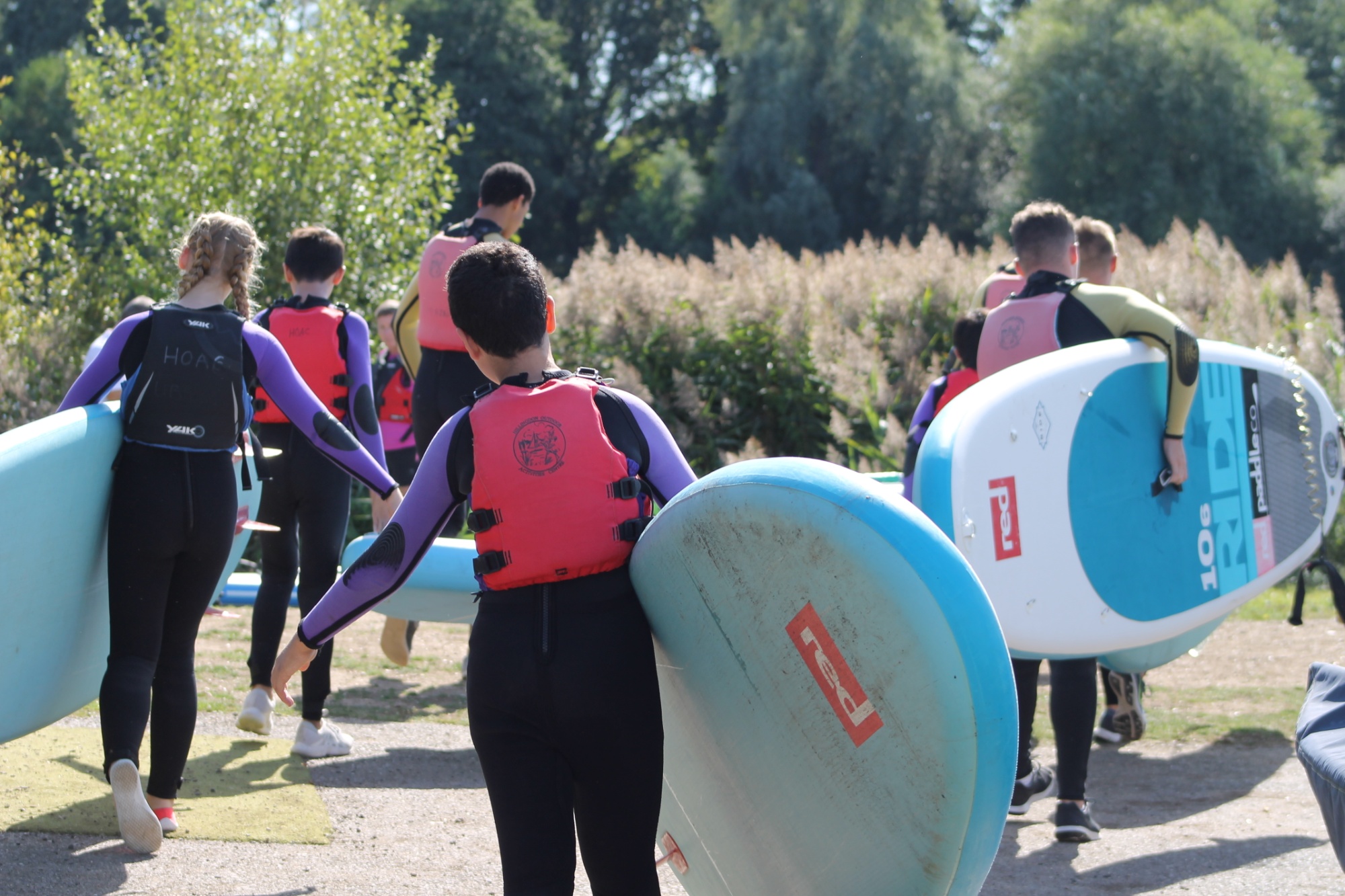