On the 14th of November, 4 teams of 4 year 10s travelled to John Hampden Grammar School to participate in the DT tournament there ran by the High Wycombe Rotary Club. The teams were as follows:

After half an hour to set up, wait for other school teams to arrive and an opening speech, the briefs were revealed. For the intermediate category – the category the 4 RGS teams had been entered into – the brief was to create a flashing beacon to act as a bill board to promote a worthy cause. There was to be a lamp at the contraption’s highest point and points would be awarded for every flash of the lamp up to 40 flashes. This had to achieved with only 6 1m lengths of 1cm x 1cm balsa wood, a short length of dowel, 4 elastic bands, some metal foil, a weight, some self-tapping screws and some electrical wire (along with a battery pack and a bulb naturally.

After a few minutes’ deliberation, most teams settled on using a pendulum to regulate the bulb’s flashing. This would be done with one electrical contact (either a frayed wire or the foil) at the lowest point of the pendulum’s swing and another contact on the pendulum. However, the first team mentioned came up with an ingenious way of achieving the flashing by having one contact on a rubber band instead of a ridged pendulum and then have this bounce off a piece of foil supported by a section of card.

It took 3 to 4 hours to construct the designs as each had some complex shapes that had to be measured and fashioned from the limited materials. A small portfolio of technical drawings was also produced by each team for judging over lunch. For most, the construction was a very exciting stage in the competition though there was always angst over the feasibility of each team’s mechanism as the only time one could test the system fully would be at the end of the build, by which time only minor changes can be made to the mechanism.

In the end, each team produced a well-built, sturdy, functioning model and each model addressed the brief well. In the end, the first team mentioned was the most successful as they achieved over 100 flashes from their bulb using the system described earlier. This feat was mentioned during the prize giving and thus it can be inferred they were runner up. In the intermediate category, a group of sixth formers won from another school, however, all the RGS teams produced very high quality works and for that, everyone was proud. Overall, it was a very enjoyable day for all involved. 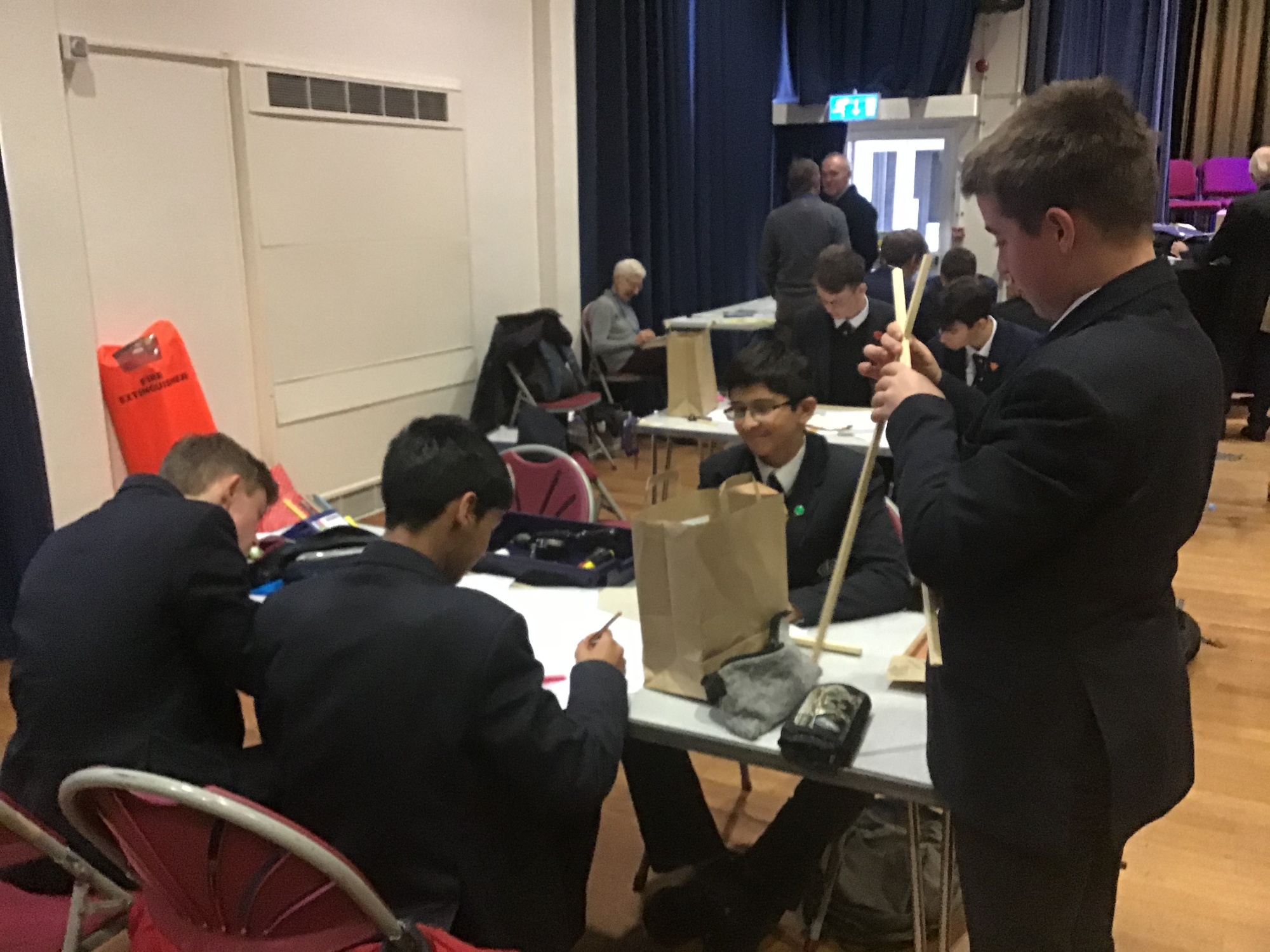 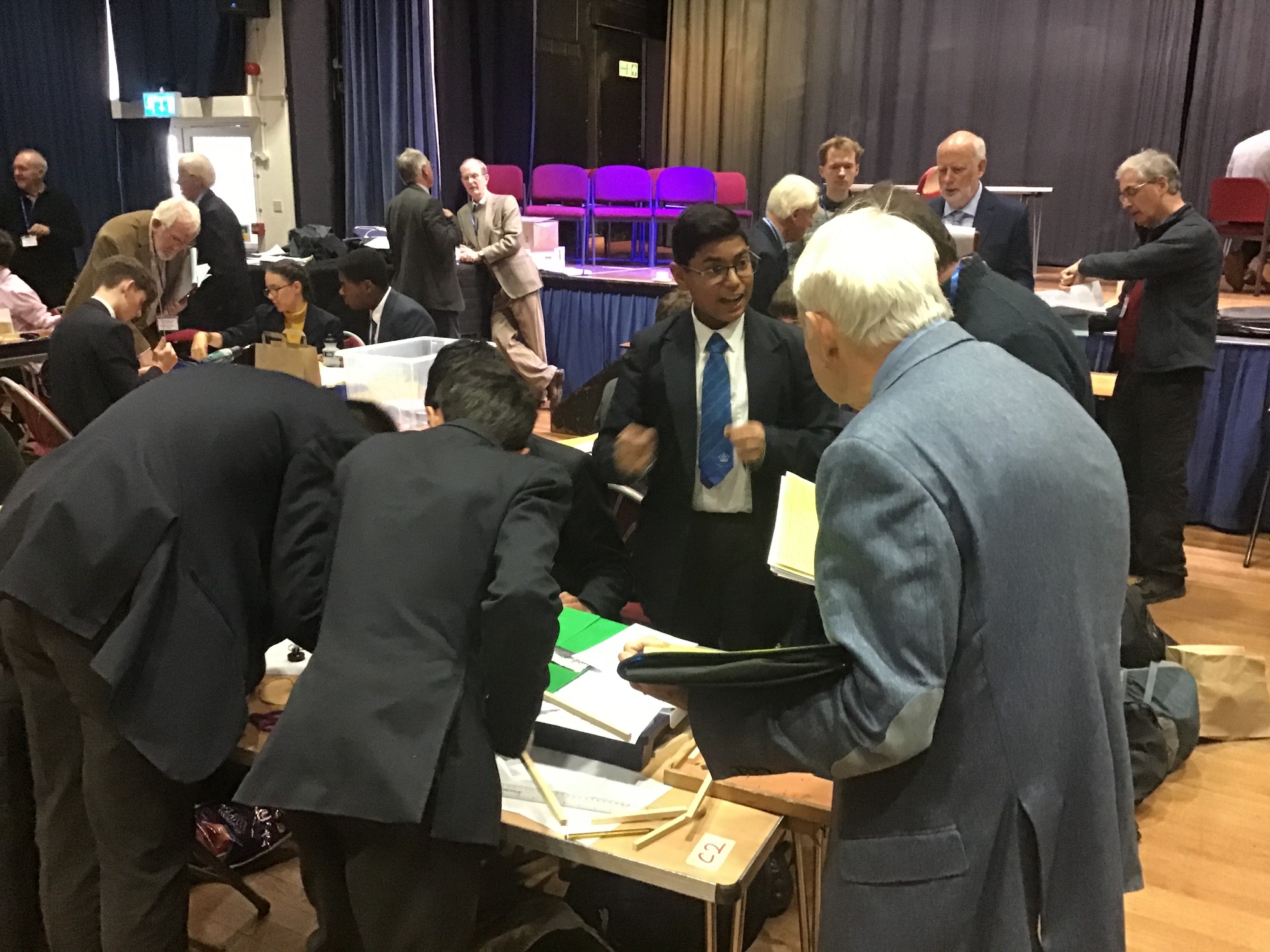 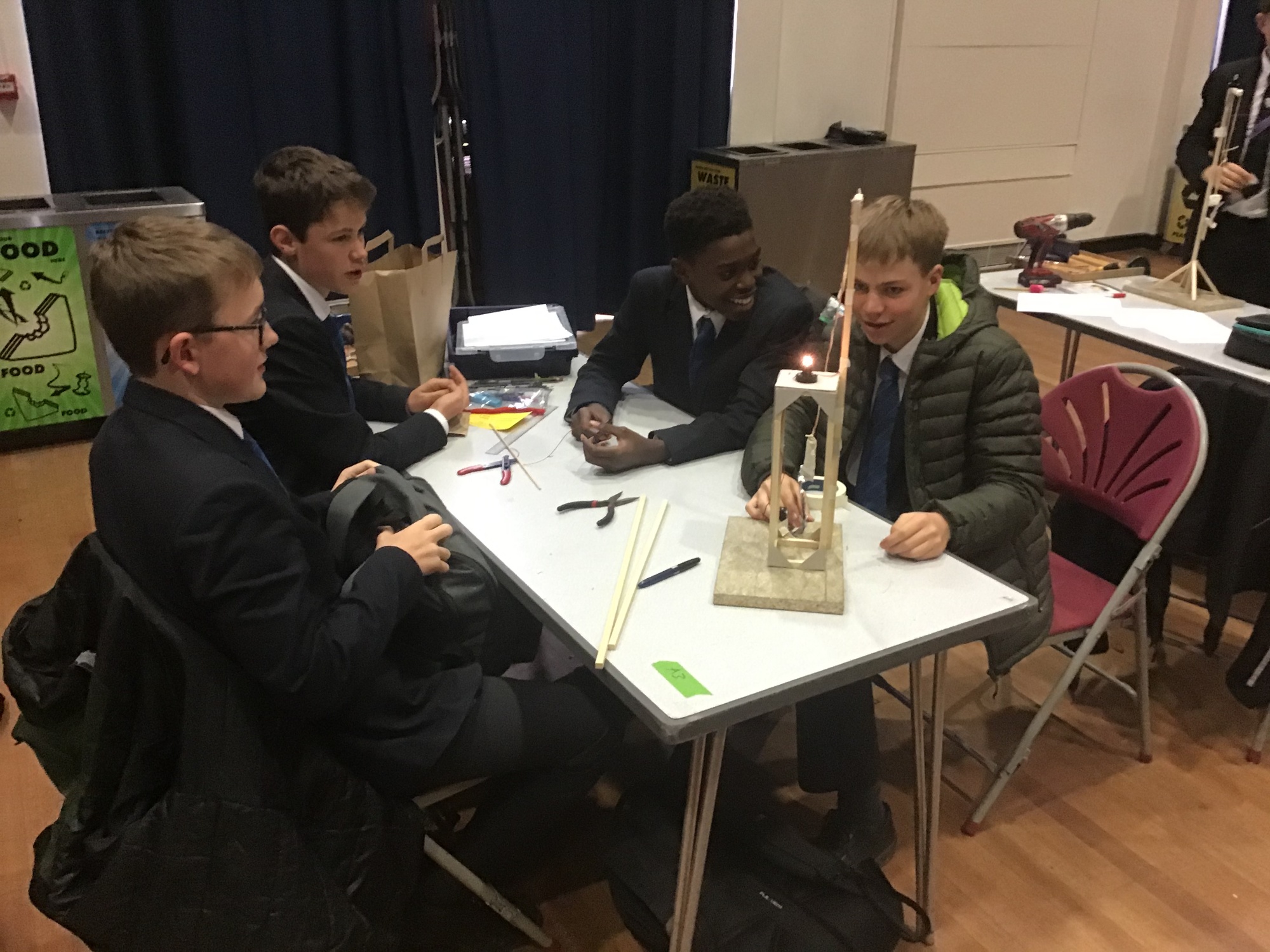 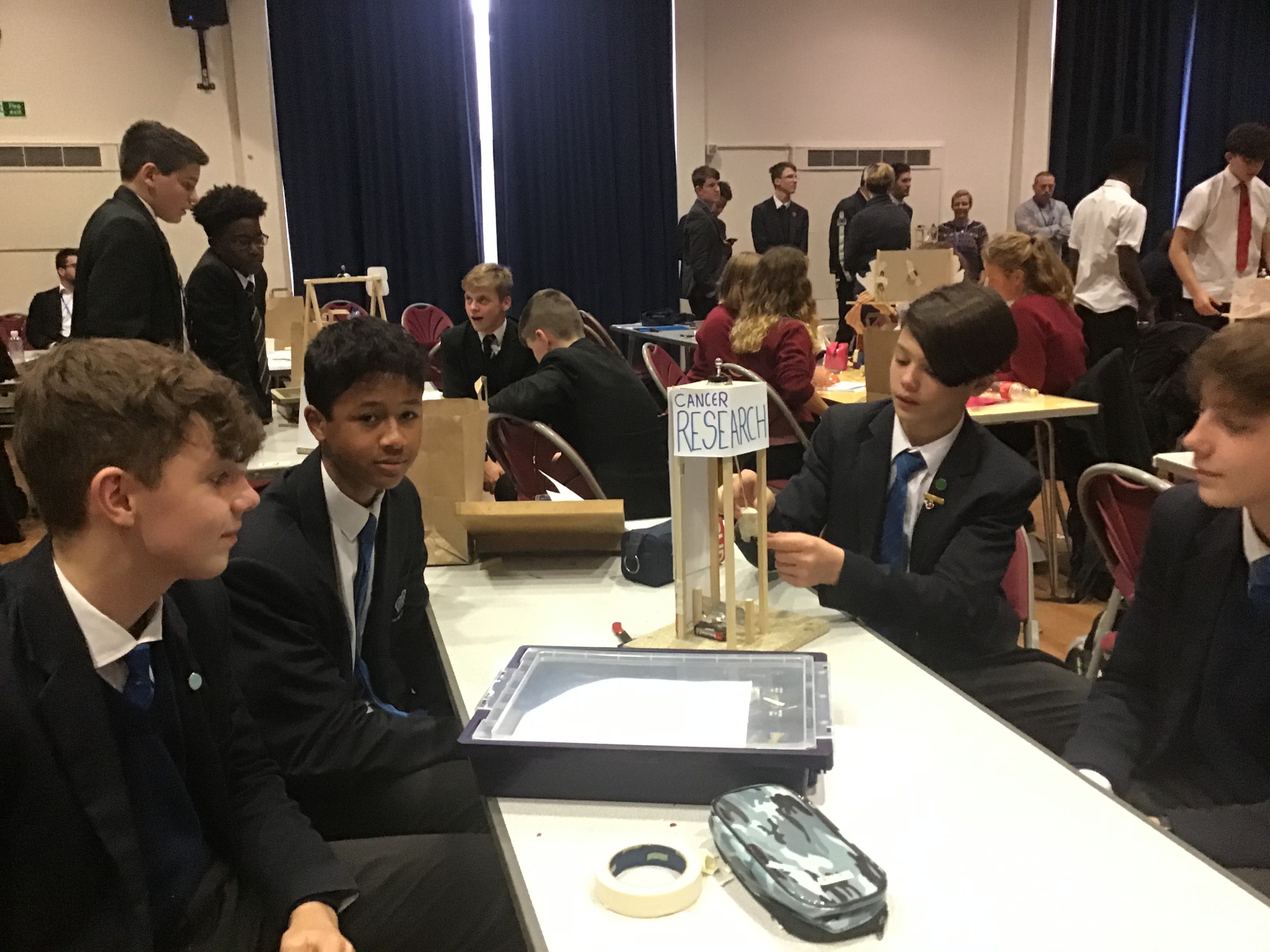 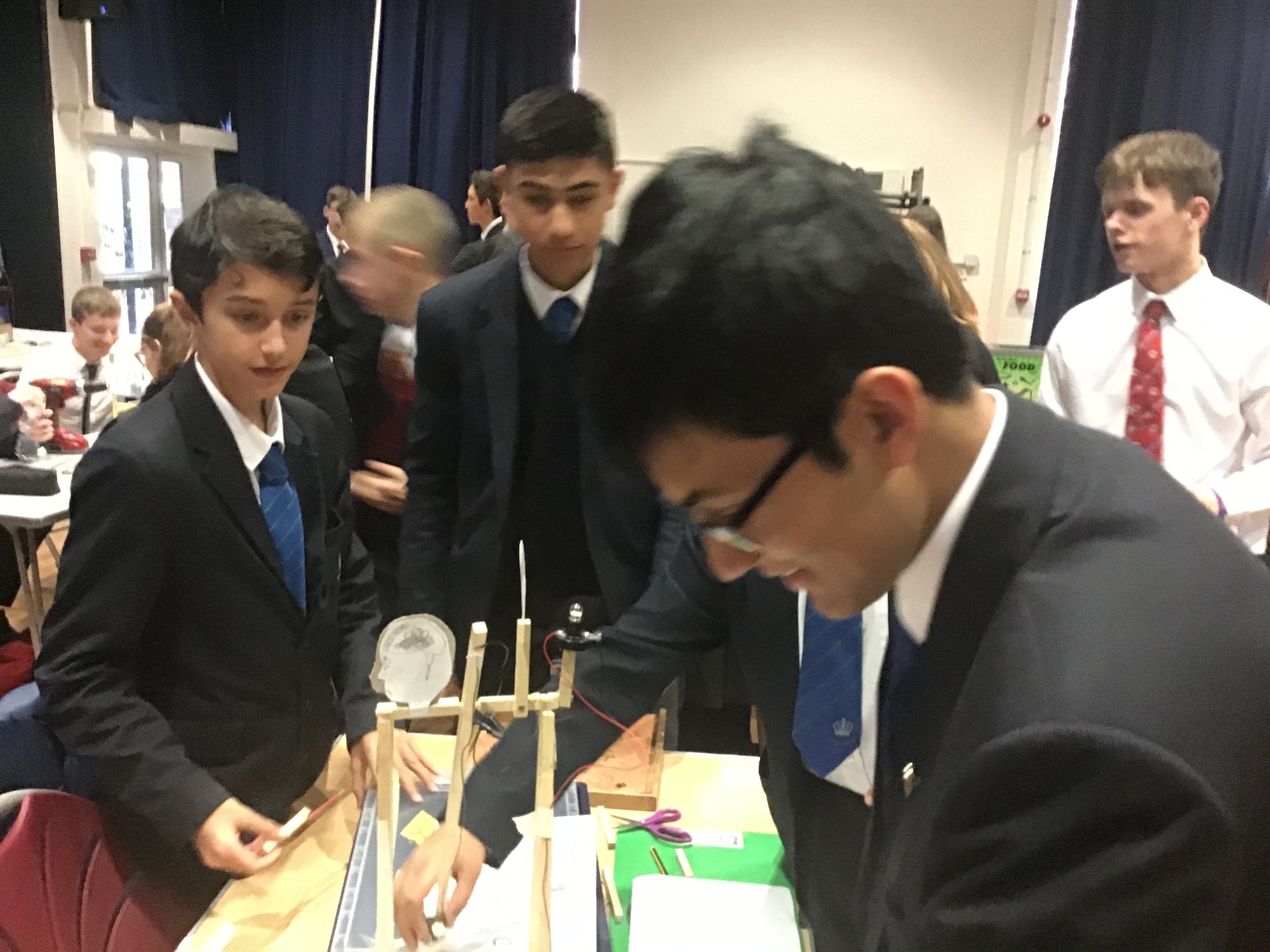